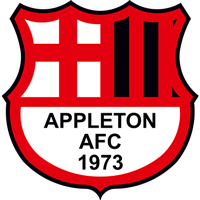 We all have a responsibility to promote high standards of behaviour in the game.

This club supports The FA’s Respect programme to ensure football can be enjoyed in a safe, positive environment.

Remember children’s football is a time for them to develop their technical, physical, tactical and social skills. Winning isn’t everything.

Play your part and observe The FA’s Respect Code of Conduct for spectators and parents/carers at all times.
I will:
• Remember that children play for FUN
• Applaud effort and good play as well as success
• Always respect the match officials’ decisions
• Remain outside the field of play and within the Designated Spectators’ Area (where provided)
• Let the coach do their job and not confuse the players by telling them what to do
• Encourage the players to respect the opposition, referee and match officials
• Avoid criticising a player for making a mistake – mistakes are part of learning
• Never engage in, or tolerate, offensive, insulting, or abusive language or behaviour.

I understand that if I do not follow the Code, any/all of the following actions may be taken by my club, County FA, league or
The FA:

In addition:
• The FA/County FA or the Warrington Junior League could impose a fine and/or suspension on the club
• I understand and agree that I will reimburse the club for the cost of any fine caused by inappropriate behaviour by either myself or my child.